Brews & Fewd is a mobile app passion project. I wanted to create an app that would assist craft beer enthusiasts to better pair their beer selections with food or other similar beer tastes depending on preferences set by each user. Brews & Fewd would essentially be your beer sommelier. Reading beer descriptions without proper knowledge has become overwhelming and at times, uninsightful. The app would help users pair or try new beers with or without food. The app would allow bars and restaurants to add their food and beverage menus to the app for more accurate pairing suggestions. Premium (paid) user accounts would allow users to display their critic status, number of reviews, user review scores and accrue critic points.

Primary goals for the app; 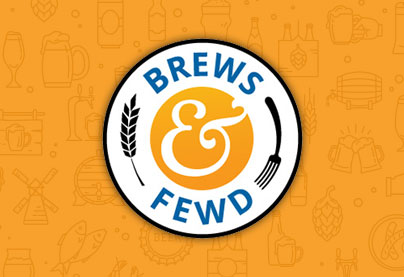 Five inidividuals who identified themselves as craft beer drinkers were interviewed and from my initial research, the app concept was well received. Most agreed that craft beer was becoming increasingly diverse, complex and at times, even confusing. Labels used terms that were not known and not helpful when choosing new beers.

Click the image above to be redirected to InVision.

As this is a passion project, I've not yet raised the funding needed to develop the app into a full-fledged mobile application available for public use. At this time, I continue to work on the design and improve user interface layouts when time permits. I would eventually like to partner with a mobile app developer to make this app an option for the public.

Back To UI/UX Portfolio

I work as a freelance designer in all of the above fields. If you’d like to discuss a project in more detail, feel free to drop a line. I love talking design.